Last week I unboxed the Borderlands 3 Super Deluxe Edition and it came with a slick-looking steelbook. It got me thinking about all of the other steelbooks I have and I started to wonder, which one looks the best.

It didn’t take too long to decide which ones looked the best. The Yakuza Kiwami and Kiwami 2 steel cases are my favourites because not only do they stand out, they’re also incredibly stylish. Check them out:

The front, back and side of the protective sleeve. 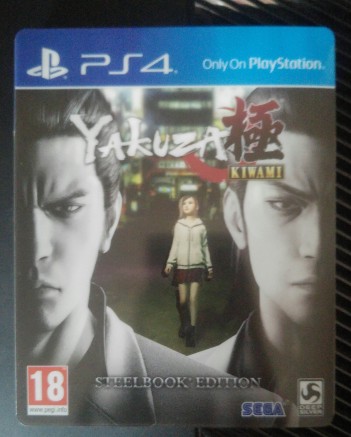 The front cover is brilliant and it actually provides a basic idea of the plot. The story is primarily about protagonist Kazuma Kiryu (on the left) and his longtime friend Akira Nishikiyama (on the right), both are embroiled in a bitter conflict after Kiryu spends 10 years in prison. In the middle of all of the turmoil is Haruka, a young girl who ends up playing a huge roll in the game’s story.

The front of the sleeve and steelbook. 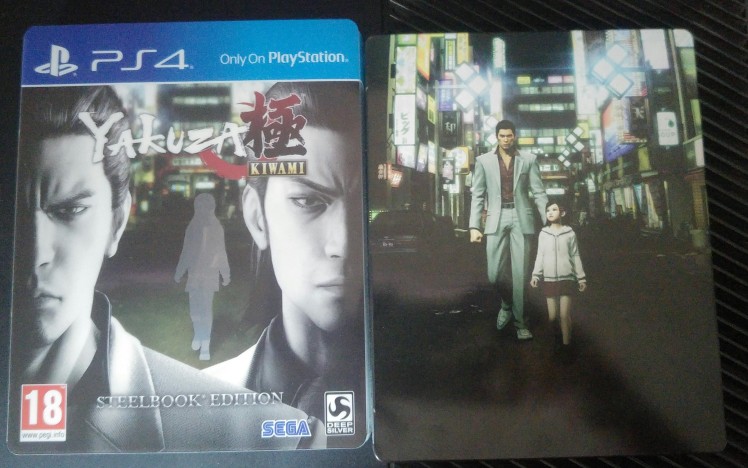 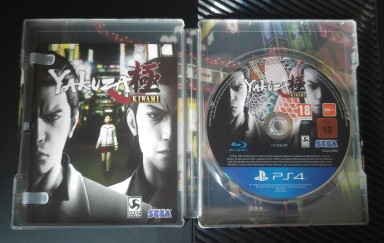 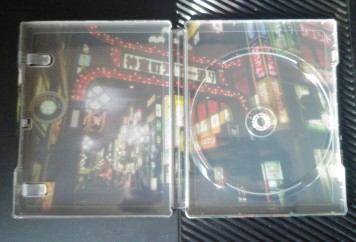 I like the inside of the case as it shows the famous (or infamous given how it always seems to be the backdrop for a Yakuza conflict) main entrance to Kamurocho.

The front and back of the steelbook. 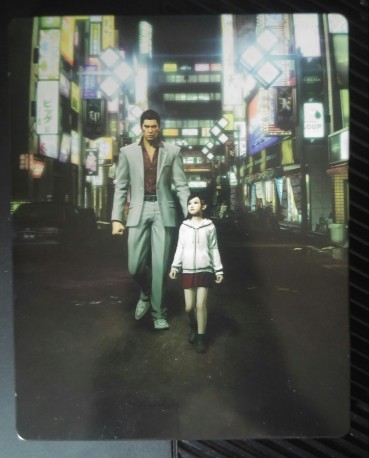 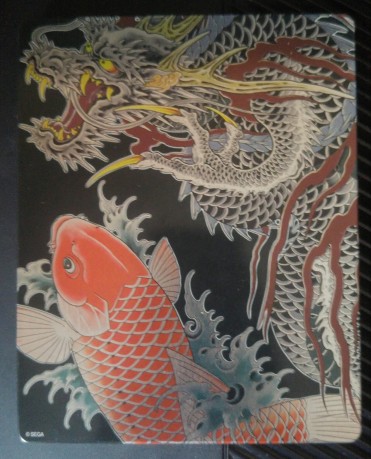 I like the front of the steelbook but I absolutely adore the back of it. The back features the tattoos of both Kiryu and Nishiki. Look at the designs!! Look at them! They are stunning. I don’t know whether this was intentional but the tattoos being on the back is a clever design choice. Both Kiryu and Nishiki’s tattoos are on their backs and they are also on the back of the steelbook.

Whilst the designs would look cool anywhere on the steelbook, both of them being on the back is a nice and subtle detail.

The front and back of the protective sleeve. 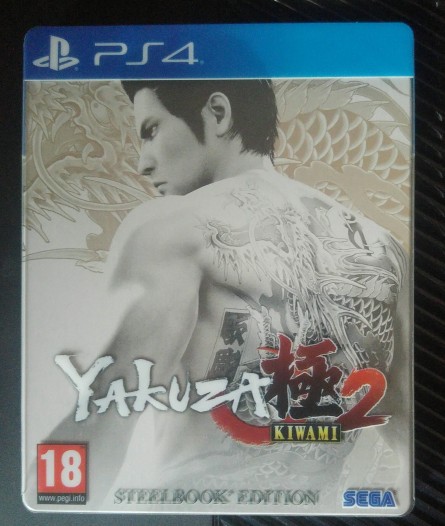 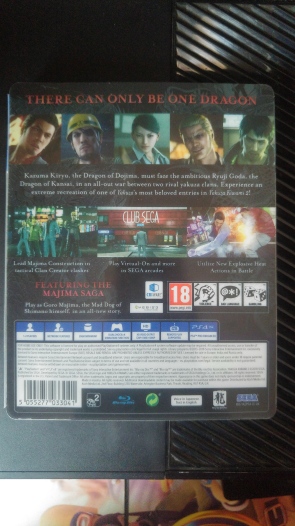 The front, back and side of the steelbook. 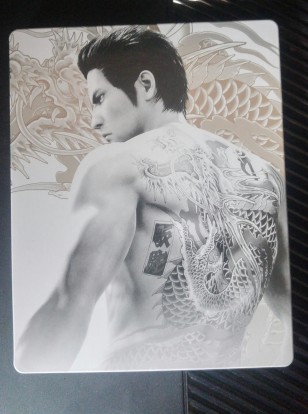 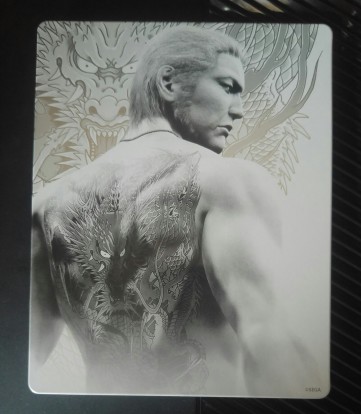 I love the design for the Yakuza Kiwami 2 case. The front features series protagonist Kazuma Kiryu with his dragon tattoo on display. The back has the game’s antagonist, Ryuji Goda with his dragon tattoo. I love this design not just because it looks bloody gorgeous but also because there’s a subtle detail which I like. More on that in a bit. 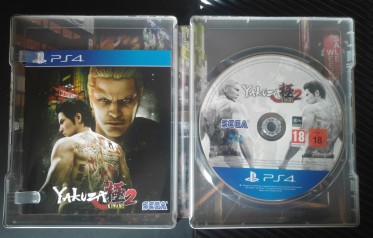 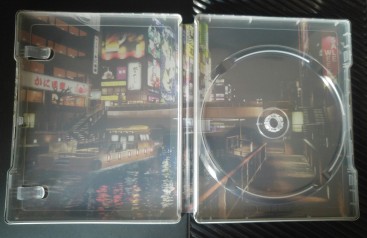 Much like the inside of the case for Yakuza Kiwami, Kiwami 2’s shows off the beautiful riverside of Sotenbori.

The front and back of the steelbook opened up. 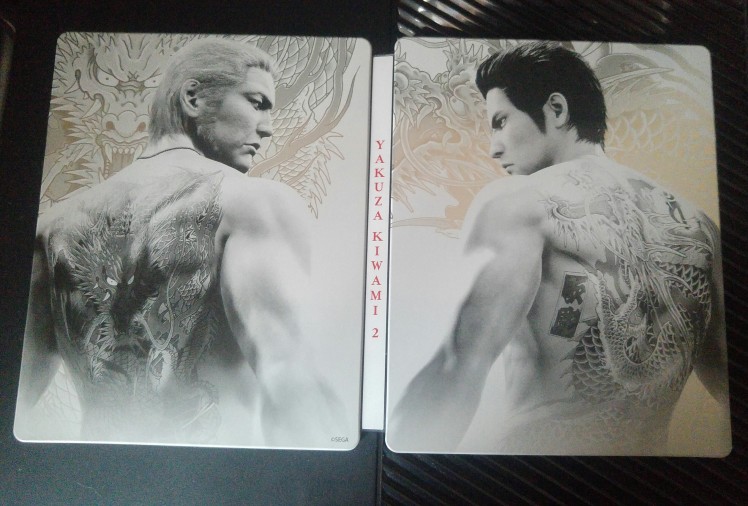 Here we have both the front and back of the steelbook opened up and shows Ryuji and Kiryu looking at each other, with both of their tattoos on display. Kiryu and Ryuji are destined to fight in Yakuza Kiwami 2 and the game case shows them staring at each other as if they are having a staredown just before a fight.

It’s yet again a clever and subtle detail concerning the design. I honestly do want to know who was in charge of designing these steelbooks because I would shake their hand and buy them a beer. The two dragons will clash and only one will survive.