The time for PS5 is near! 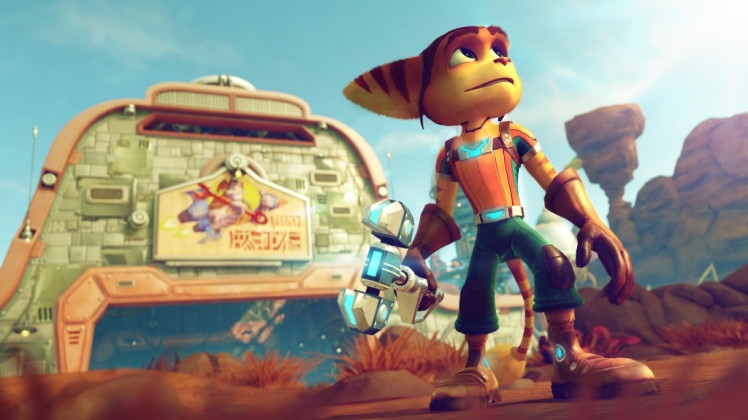 The PS5 Conference is nearly here and my mind is racing with what can be shown at the event. We’ve all been eagerly anticipating Sony’s next gen showing and now it’s time for them to bring out the big guns.

I’ve come up with a list of games I would like to see at the event. Some of the games in this list are longshots, frequent readers will likely know which games I’m talking about. There will also be sequels to franchises that we all know and love and remakes or reboots of beloved games in this list.

At the end of the day we will have to wait until Thursday to see what Sony have up their sleeve. Here are the games I would like to see at the PlayStation 5 conference.

The PS5 conference will be presented on June 11 at 9pm BST.

Silent Hill makes this list not only because of how long it has been since we’ve had a decent Silent Hill game but also because it has been heavily rumoured to be a PS5 exclusive. Hopefully we see Silent Hill on Thursday and let’s pray to the survival horror gods that it’s good. 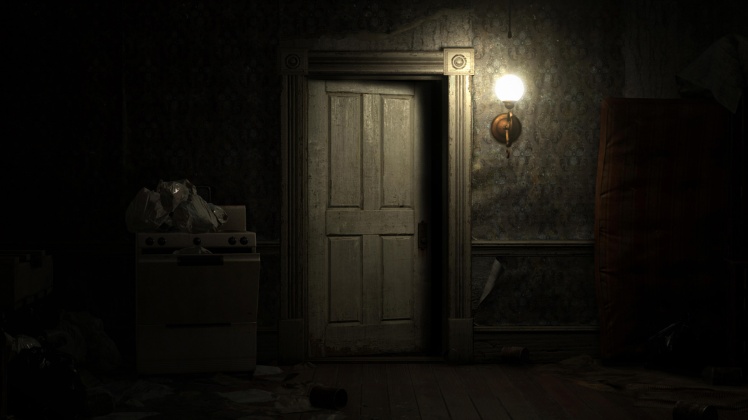 It’s been heavily rumoured for months now with some very credible sources that RE8 is getting revealed soon and it could very well show up at the PS5 event.

It is apparently going to be like RE7, first-person gameplay but this time set in a village with some weird occult themes. I’m down for that but hopefully, we’ll see exactly what it is very soon.

Frequent readers know how much I want Dino Crisis to return and the chances of it happening are slim. I will never lose faith and I hope, I really do hope that it the series makes a return to gaming on Thursday.

I will never forget Dino Crisis Capcom and I’m not the only one.

Saints Row is a series that I love dearly and when it was revealed a while back that the next instalment of Saints Row was in production, I was beaming with joy.  We still haven’t seen anything of the next game but maybe that will change come Thursday.

Will it be called Saints Row 5? Will it be a reboot? Will the old characters return? We simply don’t know. If there is one thing I want from the next Saints Row, it is a city that is more interesting than Steelport. Steelport whilst is cool, felt bland and empty compared to the very diverse looking city of Stilwater. Johnny Gat also has to be in it in some way, because he kicks ass and is one of my favourite characters in video games.

It’s been several years since we’ve had a Ratchet and Clank game and I have to say, it’s been weird not seeing the PlayStation mascots as much this generation. I’ve missed the wonderful duo of Ratchet the Lombax and Clank, the clever and sophisticated robot. The awesome and galaxy treading adventures are some of my favourite gaming memories and their absence has been felt.

Hopefully Insomniac have something to show on Thursday and that something is a new Ratchet and Clank game.

It’s gotta happen at some point. One of the best PS4 exclusives has to get a sequel right? There have been recent rumblings of a PS5 version of Bloodborne running at 60 fps. Whilst that would be awesome, why not have a sequel and have that run at 60fps?

I don’t think Bloodborne 2 will be there on Thursday but I do hope it is. We have to remember that From Software is busy working on Elden Ring but maybe they have a second team that is free, free and potentially working on Bloodborne 2.

Tekken 7 seems to be fully wrapped up as a recent video on the official Tekken Youtube channel seems to hint towards that. If that is indeed the case then we have to look forward to the future. There are two choices when it comes to Tekken, Tekken 8 or Tekken Tag Tournament 3. I think the latter is most likely.

King of Fighters XIV was a fantastic fighting game. A stacked and varied roster, an incredible amount of moves to perform and learning was tough but fun. However, it lacked the visual department. KOF 14 was not a looker but despite that, it was very fun, PS5 can remedy the visual shortcomings of KOF 14 and be a beautiful looking fighting game.

It could show up on Thursday, it would be a big deal for SNK if it did get fully revealed there. A big stage to reveal KOF 15 could really help attract new people to the acclaimed and beloved fighting game series.

It has been heavily rumoured for years now that a remake of the first Metal Gear is in the works. Given the number of remakes of 90s games in the past year and a bit, I genuinely think there is a chance of this actually happening.

I would freak out if a remake of the first Metal Gear Solid was announced on Thursday. It’s one PS1 game that hasn’t had the “HD Remake” treatment and is one of the most iconic titles on the platform. Will it be announced Thursday? I hope so but if it does happen, it will trend like crazy on Twitter. 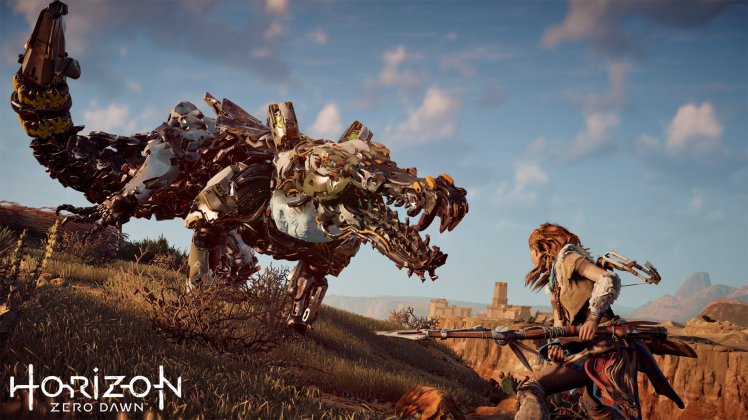 I enjoyed Horizon Zero Dawn a lot, it was a big departure from what Guerilla Games had done before and they pulled it off brilliantly. It’s been 3 years since we’ve heard from the studio, so they are strangely quiet. Are they developing Horizon Zero Dawn 2?

I think this is definitely happening. Horizon, in my opinion, is 100% cert for Thursday. It will either open the show or be the last game shown. It’s happening folks, I fully believe it is happening. If it doesn’t then I’d be very surprised.

I enjoyed Kratos’ adventure through Norse mythos, so much so that it became one of my favourite games of all time. God of War (PS4) is THAT GOOD. The story, camera work, character development and the music, my god the music.

This game is 100% happening but will it show up on Thursday? It is a possibility but is it in a playable state, ready to show off? My heart says it will be there on Thursday and that it will close out the show, revealing a 2021 release date. My brain says they’ll be holding off from revealing it because they don’t want to reveal all of their big hitters in one show.

The main Bethesda Games Studio team has been very quiet since Fallout 4. The main BGS team in Maryland released Fallout 4 and helped with the development on F76 somewhat but their focus has primarily been on Starfield, their next big RPG title. The game was announced in 2018 but has been silent since could it show up on Thursday and reveal itself as a next-gen title? Or even better, could it be a launch title?

I think there is a good chance of this showing up at the PS5 event as it showcases the next step forward for BGS. It’s time for another Bethesda Games Studio RPG, I can feel it.

The next Batman game 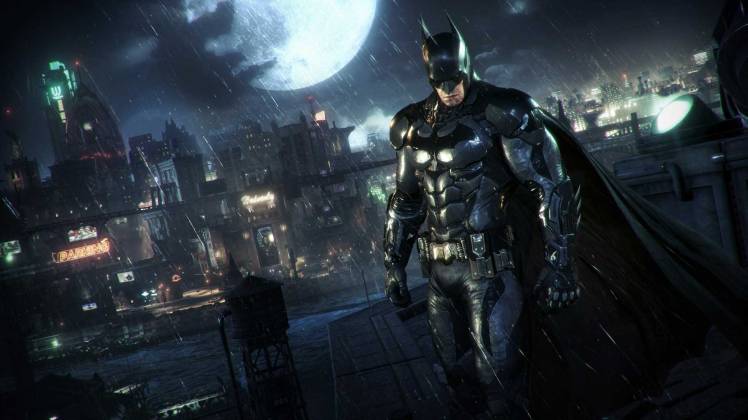 We are getting another Batman game. Hell, even Warner Bros Montreal themselves have been teasing something Batman related. Given the amount of teasing they have done, I think it’s time. It’s time for Bruce Wayne to don the mask and cape and save Gotham once again.

I think it is showing up at the PS5 reveal, I don’t think they can tease it anymore without fans of the Batman games getting annoyed with all of the teasings.

The chances of Dark cloud 3 being revealed at the PS5 event? Very low. It doesn’t matter if the chances of it appearing on Thursday are low. I WILL NEVER GIVE UP HOPE.

If in the unlikely event it does get announced, you’ll know because I’ll scream with joy so loud, it will travel around the world 3 times.

Those are the games I would like to see get revealed at the PS5 conference. What game would you like to see at the show? Let me know in the comments below.

I stream on Twitch – ThatGreenDude95

One thought on “PlayStation 5 Conference Wishlist”