It’s taken a while but we are finally here, Gran Turismo 7 has finally been revealed. Many thought we would have gotten this sooner but we got Gran Turismo Sport instead. GT Sport had a rocky start but it has since become an incredible racing sim.

Gran Turismo Sport has brought back the hype for the series and it’s up to GT7 to take it home. The long-awaited racing simulator was revealed last week at the PS5 Reveal event with a gorgeous trailer. Let’s talk about the Gran Turismo 7 announcement trailer.

One thing you can instantly see is how beautiful the game looks. GT Sport is a fantastic looking game but somehow GT7 has improved the visuals further. Cars look even richer in detail (don’t know that is even possible) and the reflections look a lot better.

There was a bit of gameplay included in the trailer which was nice to see. The gameplay allowed us to see the inside of a number of cars and the interiors have more detail than they do in GT Sport. The engine noises seem to have been improved as well. This is a big one and we won’t be able to fully confirm if they have all been improved until the game releases. Issues with car engine noises have been present since GT5 and whilst they have gotten better, I hope they are properly fixed in GT7.

The hub map is back 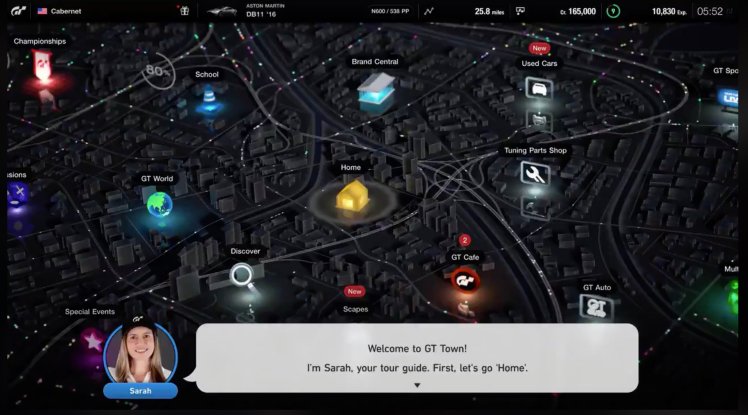 This was a nice thing to see in the trailer. The hub map returns in GT7 after an absence in GT Sport. There are some returning features from previous games such as Scapes (a wonderful addition in GT Sport), School, Tuning Parts Shop and Used Cars. How dense this hub map will be, remains to be seen but it looks like there will be a hefty amount of content.

The return of the Used Car Dealership is nice to see. That feature has been missing for a while and many thought Polyphony wouldn’t bring it back. It will be interesting to see how it is implemented in GT7.

I’m also very happy that Trial Mountain is back. The track was missing from GT Sport which was disappointing so it is great seeing it return. It

I hope my favourite cars return

I love GT Sport, it’s a fantastic racing game and I especially love the scapes mode that was brought in. However, I am sad that some of my favourite cars didn’t make the cut such as the Ariel Atom 300 and one of my favourite Ferrari’s, the F430. It will be interesting to see how many cars will be in Gran Turismo 7. GT6 had over 1000 cars in it so hopefully, we should see more than what we got in GT6.

We don’t have a release date for Gran Turismo 7 but I hope that it is a launch title. We should know whether it is or not come August when the next PS5 event takes place.

Did you like the Gran Turismo 7 trailer? Are you excited for the next entry in the long-running racing game series? Let me know in the comments below.