I have completed several games in 2018, here’s the list so far.

I replayed this classic game at the start of the year and it is still as fun as ever. I did a Retro Review of Dino Crisis 2. Check it out if you want to know what I think about Capcom’s dino shooter.

I never played Darksiders 2 but I got the chance to do so when it was part of PS Plus. Darksiders 2 started off a bit slow but by the end of the game I loved it. The combat is a lot of fun and has some depth to it. Death is a great character and I hope we get to see him in the upcoming Darksiders 3.

I also implore that you listen to the Darksiders 2 official soundtrack. The music in the game is beautiful.

I know that many people’s favourite Resident Evil game is Resident Evil 2 but mine is the third entry. Resident Evil 3: Nemesis is game that I remember fondly from my childhood. Resident Evil 3 was my introduction to the series and I have been a fan of the series ever since. It’s one of the games that I replay every year not just because it’s a good game but also to bring back memories.

The main big bad in Resident Evil 3: Nemesis is a monster called Nemesis. He’s a big, hulking creature that do some serious damage and he will chase you around. When I was a kid I thought he was scary now, I think he is incredibly cool.

I might do a Retro Review of  Resident Evil 3: Nemesis in the future.

Dungeon Punks is 2D beat ’em up with RPG elements. I played this game thanks to PS Plus as it was one of the free games sometime last year.

Dungeon Punks can be played solo or with friends, so don’t worry if you are more of a lone wolf. Even though the game can be enjoyed solo, it is much better when playing friends. You can play as one of five characters and each one has different stats and weapons. Dungeon Punks is a fun game and if you have friends that are into RPGs and beat ’em ups, it’s worth your time.

I love Elder Scrolls but I’m not a massive fan of MMO’s. I’ve tried MMO’s in the past but they’ve never clicked with me. I thought I would try Elder Scroll Online and I have had fun with it. It’s the first MMO that I’ve played that I have wanted to put time into.

Returning to Morrowind was a trip down memory lane and I had a blast with it. The main story was pretty good but the world Morrowind was the star of the show. I lost myself in Morrowind and went exploring for several hours; no objective, no quest, nothing. I just explored Morrowind and had fun.

Kotobuki Grand Prix has great artwork, everything else is bad, really bad. You can see that it has potential but it is just not utilised.

Digimon Story: Cyber Sleuth – Hacker’s Memory is more digi-awesomeness. Seeing more Digimon games coming over to the west and good ones at that, is absolutely amazing and makes the Digimon fan inside me very happy.

If you want to know more about Digimon Story: Cyber Sleuth – Hacker’s Memory, you can read my review. 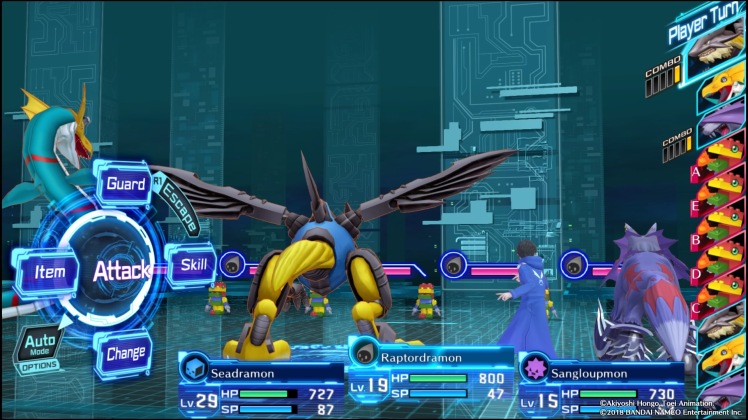 Light gun games are incredibly fun and I certainly had fun when I played Virtua Cop: Elite Edition. I had tonnes of fun with Virtua Cop and I became addicted to it for about two weeks.

In my review of Virtua Cop: Elite Edition, I gave the game a score of 10/10.  Not only did I have fun with the game but my parents did too.

Dynasty Warriors is back and with an entry that will divide the fan base. I did a pretty big review of it back in March.

Dynasty Warriors 9 is open world, a first for the series but the execution is brilliant sadly. In my review I mentioned several problems such as frame rate issued, bad pop-in and more. The English dub that is so bad that it is terrible is gone. Now we have English voice acting that is absolutely awful.

Despite the problems the game has, I had fun with it. I did a trophy guide for Gamereactor. If you are a trophy collector then why not give it a read.

I got Superhot thanks to the Games with Gold service that Microsoft does.

Superhot is unlike any other game I have played. It’s art style, it’s gameplay, both are unique. The art style is a white background/ area with bright red enemies. The white and the red contrast each other so much.

The gameplay is fantastic. The enemies only move when you move thus making you wary of how you move and where you move.

To put it simply, Superhot is absolutely brilliant and everyone should play it.

I  had Ryse: Son of Rome in my backlog for a while but I never got around to it, that was until March. I finally got to play it and I have to say for a game that came out during the launch of the Xbox One, it still looks amazing. Ryse is a very good-looking game but what do you expect from Crytek.

Ryse: Son of Rome is an action adventure game that takes place in Ancient Rome during the reign of the infamous Emperor Nero. I love historical settings and Ancient Rome is one of my favourites.

The game isn’t perfect though. Whilst the combat is violent and satisfying, it is very simple and easy to understand. There isn’t much depth to the combat which is a shame. The game has a few problems but despite them, it’s fun to play. My dad who also likes Ancient Rome, loves Ryse: Son of Rome.

The game isn’t very long, you can complete the game in under 10 hours. One thing I did like about Q-Force was that I was able to play as Captain Qwark. Anytime I can play as the bumbling space hero is always good.

If you don’t have a PlayStation 2, the game is also available in the Ratchet and Clank Trilogy HD Collection.

16. Ratchet and Clank 2: Locked and Loaded

I did a post earlier in the year showing off many of the screenshots I took while I was playing Assassin’s Creed: Origins.

I have got the platinum trophy for Yakuza 6 and I had a lot of fun on the road to obtaining it. I am thinking about writing a Yakuza 6: The Song of Life trophy guide. If that is something you would like to see, let me know. 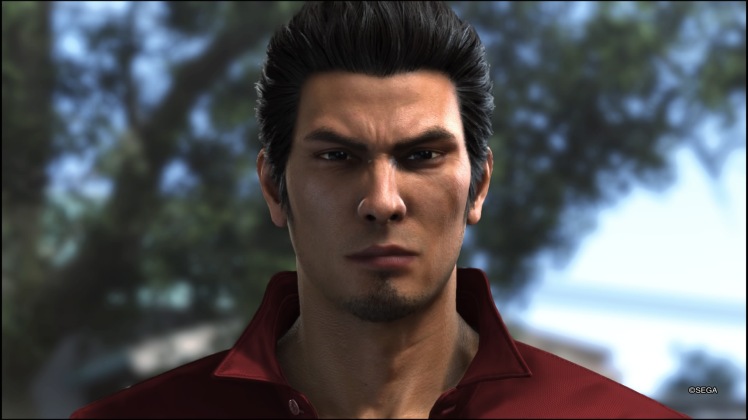 Ah, Saints Row 2, I love this game so much. Saints Row 2 was one of the games I played the most on the Xbox 360. I put in hundreds of hours into the game across multiple playthroughs. I love Saints Row 2.

So when Xbox announced that Saints Row 2 was backwards compatible on Xbox One, I had to do another play through of one of my favourite games of all time. Playing the game on Xbox One does have some benefits, the image quality is a bit better and the frame rate is a bit more stable. I had so much fun revisiting Saints Row 2 and I am tempted to go through it again. I hope that Saints Row 1 becomes backwards compatible as well one day.

Call of Juarez: Gunslinger was the only entry in the Call of Juarez series that I had not played, that changed recently when I downloaded it on my PlayStation 3 and played through it.

Call of Juarez is a lot of fun and I enjoyed taking down famous outlaws such as the Dalton Gang, Billy the Kid and Jesse James. I was already interested in the Wild West period of history but this game made look up some of the other famous outlaws. If you’re a fan of first person shooters and the Wild West, then I recommend Call of Juarez: Gunslinger wholeheartedly.

I expected Warriors All-Stars to be a bit like Warriors Orochi and it kind of is and isn’t. You play as one character but you can have up to four other characters with you in battle. You can link with your companions and then play them in battle for a limited time.

Warriors All-Stars didn’t grab me at first, which is unusual for a “Warriors” game. The overall story doesn’t grab me like Warriors Orochi does. There was something about All-Stars that didn’t get me like other “Warriors” games and I can’t put my finger on it. One positive I can say about Warriors All-Stars, is that it is nice to see some of Koei Tecmo’s more obscure characters like Nobunyaga Oda and Darius.

If you want to talk about video games, why not talk to me on Twitter – @ThatGreenDude95