Whenever you go to a convention you’ll see stall after stall selling a truckload of video game and other nerdy merchandise. The things on sale vary in price but they’re all cool to look at and if you buy a lot, your bill at the end is going to be quite big.

Some conventions also give away free merchandise and I got quite a bit of it at EGX. I got a paper hat, a mask, dog tags and more. I also got two posters, one of Ace Combat 7 and the other of Soul Calibur but they are rather big and keeping them flat to take a picture is a pain. I’ll try and take some pictures of the posters and post them on my Twitter

I thought it would be cool to show off the free merchandise that I got at EGX. Enjoy!

A Vault Boy mask. I already have one of these so I’m giving this to my friend who is huge Fallout fan. 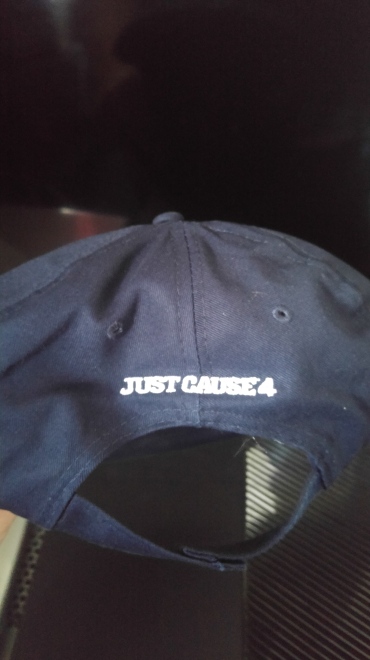 After watching the Just Cause 4 presentation I was given a baseball cap with Rico Rodriguez’s (the main protagonist of Just Cause) initials on the front.

A Nathan Drake Sackboy keyring that I got from a show that was on the PlayStation stage.

When I went to play Assassin’s Creed Odyssey I was given a bookmark which is handy as I needed a new bookmark, thanks Ubisoft.

That’s it, folks. I hope you enjoyed looking at the merch. This is just one of the many EGX related articles I have in the works. You can check the first of these pieces here.

Did you go to EGX? Do you have any awesome merch from a convention? Let me know in the comments below or you could tell me on Twitter  –  @ThatGreenDude95

One thought on “EGX 2018 Merchandise”