I think I made a “Saintly” decision

The question this month comes from Teri Mae who writes on her blog Sheikah Plate. This awesome blogger writes about video games, cooking and merges the two together. You could probably already guess that she is a fan of The Legend of Zelda series. Go read her work and follow her blog.

Question of the Month is a collaborative event hosted by Later Levels. There’s still time for you to enter and write your own response, so go ahead and get involved.

If you could only play one game for the rest of your life, what would it be and why? This doesn’t include series – you can’t choose ‘Zelda games’, you must choose Ocarina of Time for example. This question assumes that the developer will continue to update the game if it has bugs that need fixing. It also assumes that, if the game has previously been released with DLC, there will continue to be new DLC for the game forever. If there is an online multiplayer mode it also assumes that there will also be a full lobby for you to play in. So what would you choose?

The amount of games I could choose from is mind-boggling. I have honestly struggled to decide which game I would play for the rest of my life but, a recent playthrough of a game that came out in 2008 made my decision. The game I have chosen is Saints Row 2.

I’m a big fan of the Saints Row series and my favourite entry is Saints Row 2. It has the best story, gangs, gameplay, customisation and online modes. This game along with several others, got me through some tough times when I was a teenager. The game released in 2008 when I was still in high school. It was around then that the bullying I went through was at its worst and it was bad. Enough of that, however, this post is meant to be upbeat and positive.

Saints Row 2 did a lot for me when it came out but another reason why I picked this game, is because of the mind-boggling amount of freedom you have. You can create your own character (man or woman) and give them any body size you want, you can give them weird facial expressions; you can also choose your character’s voice, fight style, walking animation, compliments and taunts. By the end of the character creation at the beginning of the game, you can make a character that resembles you, a friend or even the ideal gangster that you can picture in your head.

The game didn’t stop there with giving you creative freedom. If there’s a car or bike you like, take it down to Rim Jobs (that’s the name of the car custom shop). You have a wide variety of colours to customise your car with and there are even different kinds of paint. If you want to equip your vehicle with gold wheels, spinners, hydraulics and nitrous, Saints Row 2 has you covered.

Then there is the city of Stilwater, the game’s playspace. The city is split up into different districts and each one of them looks different. There’s the Museum district, Chinatown, Docks and Warehouses, Hotel and Marina districts and that’s just to name a few. Stilwater is quite a varied place and is very fun to explore.

What should be fixed?

As much as I love Saints Row 2, it wasn’t perfect. The game had a few performance issues that didn’t take away from the experience but they were noticeable. There were frame rate drops when the action got really hectic. Fixing the frame rate drops would be lovely. The biggest thing that needs fixing though is the screen tearing. Even with V-Sync on (on the Xbox 360 version) the game still suffered from screen tearing. It did get a lot better with patches but I would like to see it remedied completely.

I played Saints Row 2 on Xbox 360 which is the platform the game runs best on but from what I can gather, the PC port of Saints Row 2 isn’t brilliant. Apparently, it suffers from some bad performance issues, so fixing them would be grand.

What should be added and improved? 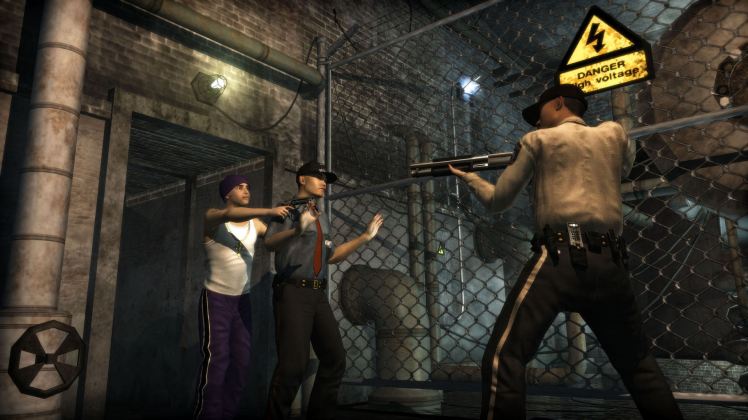 First on the list, a new city or cities. Stilwater is an extremely fun playground but I would like a change of scenery. If I’m going to play Saints Row 2 for the rest of my life, I will need a new place to see, explore and wreak havoc. I want the new city to be huge, bigger and more varied than Stilwater. Once there is another sandbox for me to cause chaos in, I’ll think about more locations to be added.

Next up, more story missions. I love the story of Saints Row 2 and the ending suggested that they were going to expand and take over more territory. The Saints did do that in the third entry but I’m not a big fan of Saints Row The Third (it’s good but it lacked the charm that SR2 has) and I’m not overly fond of Steelport, the city the third and fourth entries were based in.

What I would like to see is new story missions alongside the new cities. I want to claim more land for the Third Street Saints and take down more gangs. I want the gangs to be as memorable as the ones in Saints Row 2. I’d like to see a traditional Italian American mafia is Saints Row 2 because I’m curious to see how Volition (developer of Saints Row 2) would make a criminal organisation like that in the weird and wacky world of Saints Row 2.

The fourth thing I would like to see is Saints Row 2’s online expanded and improved. Saints Row 2 was fun online but it lacked a free roam multiplayer. You could play the entire game in co-op with a friend which was a fantastic feature back in the day but there were only you and your friend playing around the city. I’d like Saints Row 2 to get the GTA Online treatment where 32 players can roam the city of Stilwater, do missions, activities or just cause mayhem. One thing I do not want to see though is any of the “Shark Cards” that GTA Online has. The micro-transaction crap can stay out.

The last thing in this list is a huge graphical overhaul. It’s 2018, not 2008 and video games have come a long way visually. A huge update that gives Saints Row 2 a graphical upgrade would be the cherry on the top. I don’t mind playing with the original graphics but playing the game with 2018’s standard for graphics would be delightful and it would make the game feel new and shiny.

That’s my response for November’s QOTM. I had fun writing this answer and you know what? I want to replay Saints Row 2 again, even though I already replayed it earlier in the year. I love this game.

Oh, by the way, I found out how much time I spent playing this game. I added all my save files together and the result is… 262 hours. I have completed the game 11 times and three save files are at 100% completion. Did I really play any other game when I was a teenager, haha?

One thought on “QOTM – The Game I Could Play Forever”