Game of the decade

Where has the time gone? Another decade has been and gone which is crazy. Is it alright if I ask time to slow down a bit? Anyway, let’s get talking about video games. There have been metric butt-ton of video games released between 2010 and 2019 and many of them have been absolutely incredible.

Coming up with this list was very difficult and it was originally a top 10 but I had to increase it to 15. Fifteen is a nice number and it’s a change from the usual “top 10” lists. There will be games of many different genres and from different times of the decade in this list.

Warframe had to make this list because of how much time I have put into it since I started playing back in 2014. Since 2014, I’ve spent just shy of 1000 hours playing Warframe which is crazy.

Whilst I dropped off it a bit in 2019 (will be playing it again in 2020), I cannot deny how big of an impact Warframe has had on my gaming experience throughout the last decade. 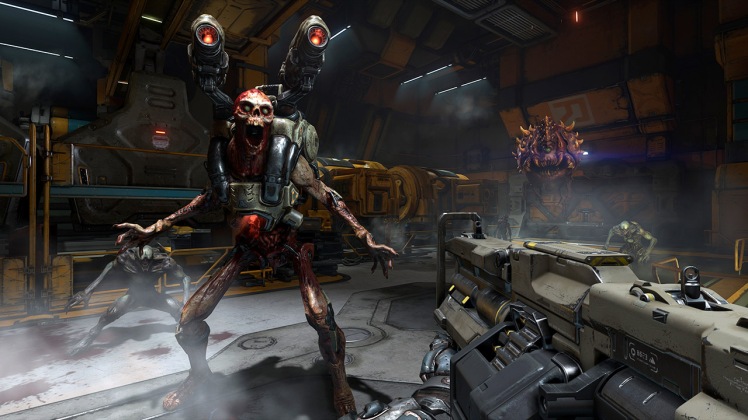 DOOM came back and it came back with a bang so big that Satan shat himself.

DOOM came back and made this Pepsi drinking demon killer very happy. I spent a lot of hours playing DOOM because it is so incredibly satisfying to play.

Tekken Tag Tournament 2 is an incredible game and is a celebration of the Tekken series up to that point. Every character in the Tekken games is playable in Tekken Tag 2 which for longtime fans like myself, is just tickety boo.

The fact that is has every character in the series (up to that point) is why this makes my list and not Tekken 7. However, Tekken 7 is a stellar fighting game that I must say. I have a soft spot for not just Tekken but Tekken Tag Tournament. I never thought we’d a get a second tag entry but we did and damn it was good.

Hey Bandai Namco! Are you making Tekken Tag Tournament 3 yet? 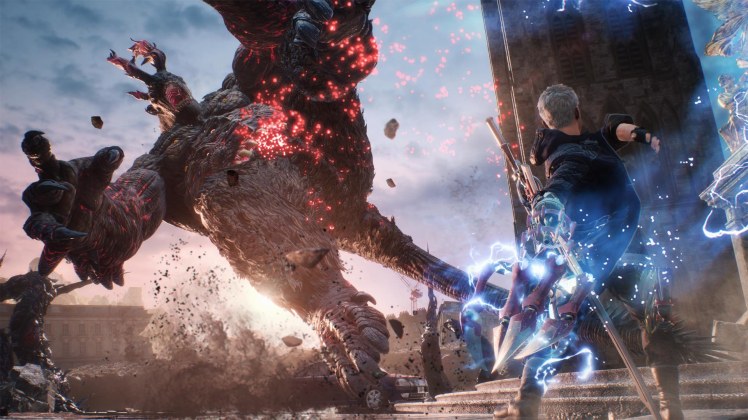 Devil May Cry 5 is a phenomenal, insane and absolutely ludicrous. We’d gone without a mainline entry into the series for over a decade, so the wait was long and arduous but dear god was it worth it.

DMC5 ups the ante of everything to 11 of and then proceeds to say, “fuck it, let’s go up to 110”. 3 playable characters, all with different play styles and a cracking story to boot. Devil May Cry is one of the most fun games I have ever played.

It would be higher on the list but I think if I placed it higher, recency bias would come into play.

Kingdom Hearts 3. I still can’t believe that it is real and that I have played and completed. After waiting so long for it, it just doesn’t feel real but it is.

Kingdom Hearts 3 has its fair share of problems but I don’t think I will ever be that excited and emotional about video game release ever again. Kingdom Hearts 3 makes this list because of the impact it had on me. I have never been more hyped for a video game.

Square Enix, can you do us all a favour, and not make us wait so goddamn long next time? Thank you. 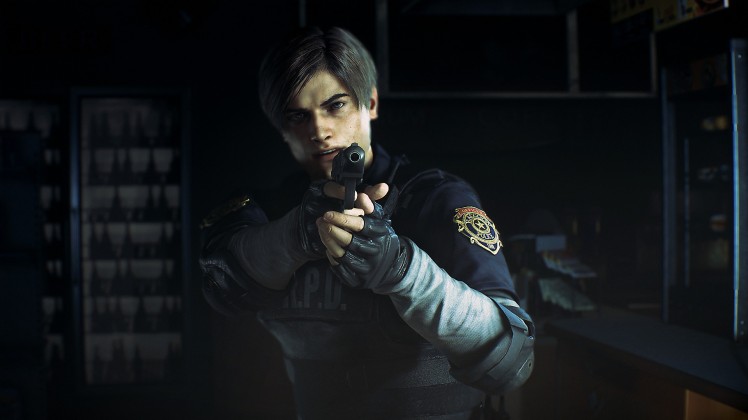 The graphics are good, the gameplay is stellar but the survival horror that I know and love is back. RE2 wasn’t just a return to form, it was a masterclass on how to do a remake. I have completed RE2 Remake a grand total of 12 times since its release last January. There are only two other Capcom games that I have played through that many times, Resident Evil 3 and Dino Crisis 2.

I love Resident Evil 2 Remake and I’m confident that Capcom will do a brilliant job with Resident Evil 3 Remake. Now Capcom, where’s that remake of Dino Crisis?

BOY! God of War is quite simply one of the best games I have ever played. Kratos went from being a very angry man to stoic man with responsibilities. I like the previous God of War games because they were fun as hell but they never got me to care about Kratos. This God of War did, it made me not just care about this tank of a man but also, it also made Kratos become one of my favourite video game characters of all time.

The story is arguably one of the best on the PS4 and in video games in general. The gameplay is brutal and impactful and it is all done in one take. The camera never cuts or fades to black (unless Kratos gets killed) throughout the entire game. I have no idea how the developers have done it but it is incredibly impressive. 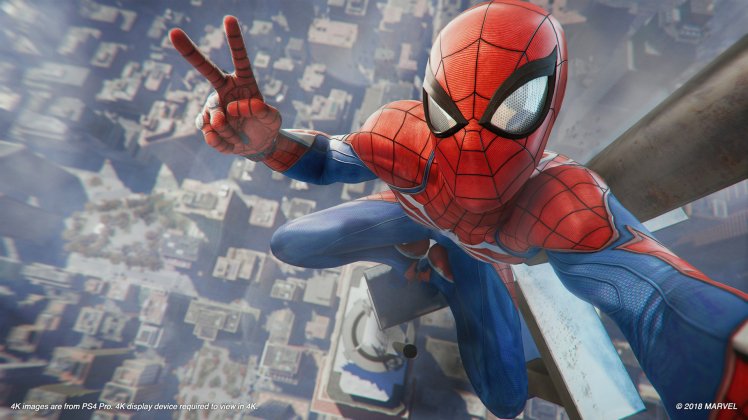 I was late to the party on playing Marvel’s Spider-Man but you know what they say, it’s better late than never. I finally played Marvel’s Spider-Man last year and I loved every single second of it. I enjoyed this game so much that within the first 5 hours, it had already become one of my favourite games of all time.

It made me feel like Spider-Man. This game fulfilled a childhood dream, I became Spider-Man. I cried several times throughout this game because I was Spider-Man swinging through the streets of New York. Marvel’s Spider-Man is a very pretty game, one of the best looking games I have ever played and its story is incredible. J. Jonah Jameson is hilarious and I was crying tears of laughter nearly every time he ranted.

Bloodborne is something special. The world, the music, the enemy design; it all comes together to create something terrifying yet beautiful.

From start to finish, I was enamoured with Bloodborne. The world of Yharnam and its denizens were wonderfully nightmarish yet at the same time, there was something profoundly beautiful about it all.

I like the “Souls” type of games but this is the one that clicked with me the most. Bloodborne was a phenomenal experience, one I wish could play for the first time once again. 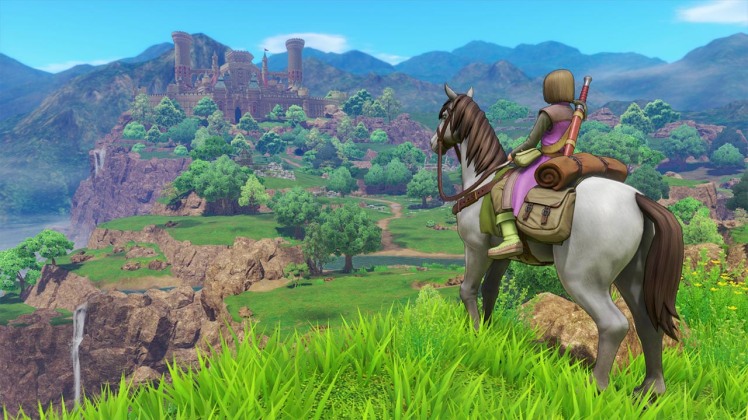 DQ11 is a very beautiful game, its vibrant and colourful. The music is fantastic and the world is gorgeous and diverse. I love the story, the characters, I love everything about Dragon Quest XI. I can’t wait for the next game but I can’t help but think I will be waiting a while for it. I hope that it isn’t the case but thankfully I have one fantastic game to keep going until then.

I have been following the journey of Noctis, Prompto, Ignis and Gladio since the Final Fantasy Versus XIII days up until the game’s rebranding and release as Final Fantasy XV. Final Fantasy XV may not be perfect, it has its fair share of problems and it went through development hell. Despite all of the game’s flaws, I love FFXV. I love everything about it, from the story to the characters, to the world and its visual splendour and the lore of the FFXV universe.

Final Fantasy XV is flawed but I think that’s one of the reasons why I like it so much. The game knows that and it doesn’t flaunt around that it’s perfect. I like that FFXV is flawed, it feels more human, if that makes sense. You can tell a lot of love and passion went into making FFXV and I admire that.

I was super excited for Final Fantasy XV and whilst it may have been a disappointment for some, for me FFXV was truly an unforgettable experience. 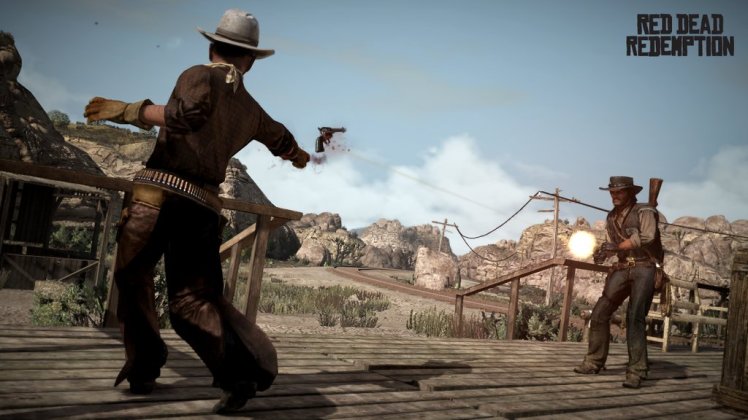 I love both Red Dead Redemption 1 and 2 but RDR1 made an impact on me so big that it had to make this list over its sequel. Red Dead Redemption’s story is one of the best I have ever experienced, regardless of medium. It was a story that gripped me with its world, great script and engaging characters.

The game’s protagonist John Marston is stellar and one of the best characters in video games. When the game’s climactic moments happened, my heart sank and I cried buckets. To see what happened to Marston after the journey I had been on with him, tore my heart into two and threw it in the bin. I’ve cried and felt emotional about video games before then but it was the first time when something had such a huge impact on me. The impact of RDR’s story changed my perspective and gaming tastes forever. I’ve always been a fan of video game stories but after RDR, the story became one of the main things I look for in a video game.

Red Dead Redemption changed how I look at games and it made me value the stories they tell even more. The impact this game had on me is immense and it was an experience that I will never forget.

I went through the game case by case and all of us were drawn into it. I would question people in-game and my mum and dad would chime in and say “that guy ain’t telling the truth” or “you can tell he is telling the truth”. It was weird because I never had my parents get so involved with a game that I played before. In a weird way, you could say L.A. Noire brought my family closer together.

I love L.A. Noire and it became one of my favourite games of all time. I’ve gone through the game several times and I have 100% it multiple times. I love this game dearly and I hope that one day we will see a sequel. 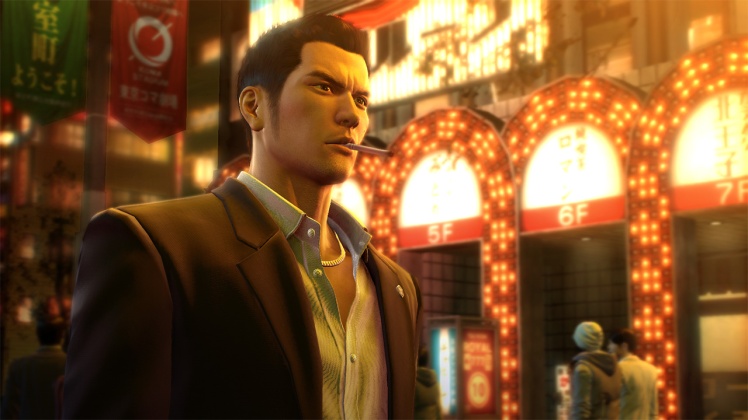 I think many people who know me well were wondering when a Yakuza game was going to show up, well it’s here. Yakuza 0… holy fucking shit what a game this is. Its story is one of the best I have ever had the joy of experiencing. The combat is fast, brutal and goddamn satisfying. The 80’s renditions of Kamurohco and Sotenbori are astounding and we get to see the origins of two of my favourite characters in gaming, Goro Majima and Kazuma Kiryu.

Both characters and their stories are incredible but Kiryu will always be my main man. Majima is brilliant and it’s fantastic that we not only found out more about him but also, that we actually got to play as him. We saw a side of Majima we never knew existed and it was great to see. Kiryu was more of the same but this time he was at the bottom of the Yakuza hierarchy and Yakuza 0’s story was the birth of a legend.

I love all of the mini-games except mahjong and shogi, I still can’t get to grips with them. Karaoke is wonderfully over the top, Pocket Car Racing is brilliant and is very, very addictive. Running real estate is fun and running a hostess bar is blooming good fun.

Yakuza 3 was the game that got me hooked into the series and it was my favourite entry, until Yakuza 0. This game is incredible and if I had to pick a selection of games to take with me to a desert island, this would be one of them.

Sleeping Dogs was the game I thought of in high school whilst I was daydreaming the days away. It was a game that I had in my dreams but never in reality. In 2012 my dreams became a reality, Sleeping Dogs was released and made me one of the happiest people in the world.

There you have it, those are my top 15 games of the decade. There are so many awesome games that I have to give out some honourable mentions.

What are your games of the decade? Let me know in the comments below or tell me on Twitter – @ThatGreenDude95